When it comes to all things illumination RovyVon is a brand that specialises in it. Everything from dedicated flashlights, to searchlights, EDC gear and tools, and tactical lights too. With their senior designer being more than 10 years in the making of crossover products RovyVon has been able to establish itself as an all-rounder brand. You can find every little type of flashlight at RovyVon at a reasonable price and with a reasonable quality too. While the brand is not entirely on its own since its owned by Runfree, unlike its parent company RovyVon is able to provide flashlights for all occasions such as camping, hunting, exploring etc. 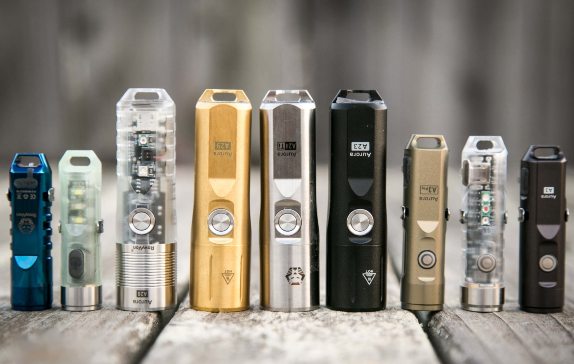 The company’s Ax lineup is a great example of RovyVon’s product diversity. Starting of with the A5x, you get a 650-lumen flashlight powered by a 330 mAh lithium-polymer battery. The Rovyvon A5x is capable of glowing in the dark as well as getting fully charged in 90 minutes. This Rovyvon flashlight has a diameter of 15.6 mm and it weighs 14.5 g whilst being 60.5 mm long.

You also get an IP 66 water resistance on the RovyVon A5x as well as an impact resistance of 1.5 meters. The longest runtime the A5x offers from a single charge is 70 hours. Keep in mind that this runtime is only possible with a 2-lumen output. The A5x comes with an improved PWM and a memory mode that activates after using the torch o the same mode for 3 or more minutes.

With this CNC-precision crafted flashlight, RovyVon offers a total runtime of 32 hours. But the A4x is made out of titanium which makes it light and durable. You get the same 650-lumen output as the A5x with a smaller 250 mAh rechargeable battery. The A4x comes with two tritium slots, a reversible pocket clip and 4 brightness levels. This RovyVon flashlight is able to shine a light at a maximum distance of 109 meters. You also get an IP 65 water resistance rating on the A4x, as well as the same 1.5 m impact resistance, found on the A5x. 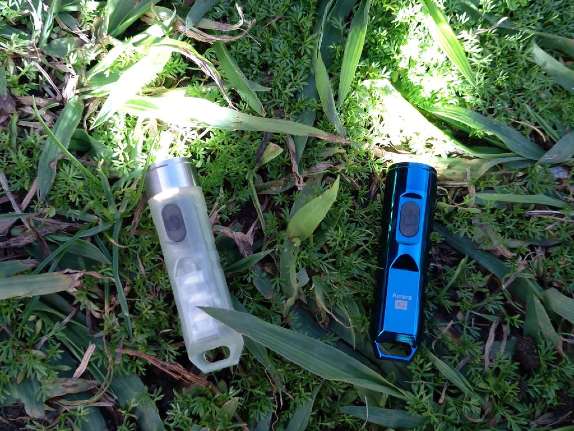 The A3x has the same lumen count, beam distance and IP rating as the A4x. But this Rovyvon aurora flashlight only weighs 19.5 g. This gives it a smaller diameter of 15.6 mm and a length of 57.3 mm. The A3x comes with a TIR lens and the same 260 mAh lithium-polymer battery. The body of the A3x is made of 6063 aluminium alloy and it also comes with a reversible stainless steel pocket clip. The A3x can be fully charged in 70 minutes. The A3x comes in 2 colours, red and gunmetal grey and it is known as being a handy EDC torch despite weighing less than 20 g.

On the A2x you can find the exact same lumen count found on the rest of the Ax series Rovyvon flashlights. The battery capacity of this Rovyvon torch is the same as the one on the A3x and A4x as well as the runtime and maximum beam distance. You get the same IP rating and charge time bit the A2x has more heft to it.

This can be useful as you won’t be able to lose it as easily which is all thanks to its 35.7 g of weight. Another advantage of the A2x is that it comes in 6 different colour variations with different surface treatments. Like all Ax series torches, the A2x relies on a micro USB charger and it comes with a strobe mode too. The peak beam necessity of the A2x is 1080 cd if you go for the CREE version. 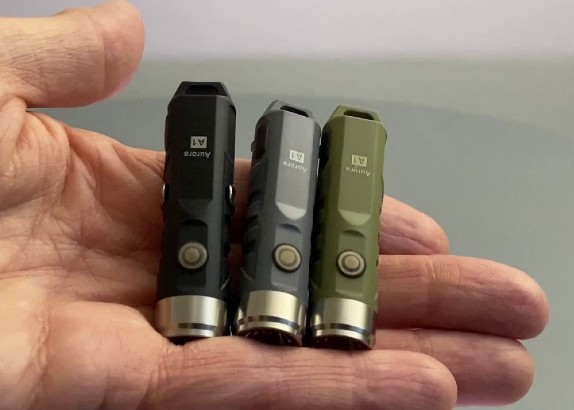 If you are someone who doesn’t like heavy items dangling in their pocket then go for the A1x. This is the lightest Rovyvon aurora torch coming in at only 16.8 g while having the same length and diameter as the A5x. The A1x has a bigger battery capacity than most of its heavier counterparts with 330 mAh to power its 650-lumen output.

You can use the A1x for 32 hours straight from one charge and shine a light at a maximum distance of 109 m. The A1x might be small but it is a mighty torch. The A1x comes with the 4 modes found on every single one of the above-mentioned Rovyvon torches which are low, medium, high and moonlight.

Why is a Flashlight Important?

A flashlight, no matter its size, colour, or specifications is a must-have when it comes to emergency situations. But even if you’re not someone that finds themselves in these kinds of situations it is still advisable to carry one. Why? Because you never know when you’ll need to rely on a bit of light especially when spending some time in the bush. Even when you are at home a flashlight can help you immensely especially when there is a power outage.