Horoscope Dates: Astrology and Twelve Signs of The Zodiac

Astrology at first glance is a map of the heavens at the time and place of a person’s birth, revealing certain personality traits. The map then turns into a clock revealing the timing of events on Earth and the nature of one’s life cycles.

Astrologers believe that the positions of the Sun, Moon, and planets at the time of one’s birth have a direct influence on that person’s character and affect his/her destiny. While astrology can be used as a powerful and predictive tool that can help us to understand ourselves and the world around us, most people think that their star signs are all that there is to astrology. Although this is a good place to start, there is a lot more to astrology than just the positions of the Sun, Moon and the planets!

Astrology is not a modern invention dating back a few decades or centuries. In fact, astrology has been studied for millennia, and it dates back as far as recorded history when humans have looked to the heavens for help and guidance. The first astrologers in the world were actually priests and scholars, who were looked up to as learned men. At that time, astrology was considered the same science as astronomy and psychology, whose contemporary descendants actually arose from astrology. In ancient times, the Romans and the Greeks believed that their gods lived in the sky and named the constellations after them. The ancient Greeks believed that all the answers are in the skies. This is the reason why astrology and mythology follow the same patterns. Astrology was very popular in ancient Egypt, Babylon, India, and China.

Astrology is all about the interaction between the planets, the Sun, the Moon and the zodiac signs. The relationship between them is mathematically based and astrology actually studies these mathematical cycles.

There are twelve signs of the zodiac and each sign represents a different aspect of the whole human. Each of the horoscope signs is a distinctive combination of one of the four elements – Earth, Air, Fire, Water; and one of the three qualities – Cardinal, Fixed, and Mutable.

There are many different categories of astrology such as Natal, Mundane, and Horary. Natal is the most popular type of astrology and analyzes people’s characters based on their time and place of birth. Mundane astrology is the study of politics and important world events while, horary astrology is predictive and studies questions based upon the specific moment they arise.

Astrology can be a great tool that can help people make a choice between free will and destiny. Astrology explains the energy in one’s life and its potential possibilities and challenges. 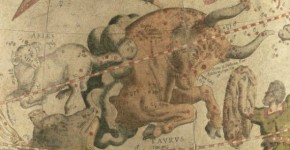 People born under the sign of Taurus are powerful, reliable, sensual and tactile. They love everything
Posted by: Edward Smith 9/12/2014
Read More 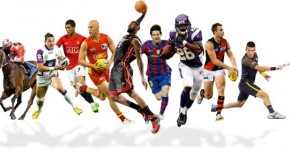 Not every sport is for everyone, so it’s better to focus in one field in which
Posted by: Kate Williams 8/10/2014
Read More 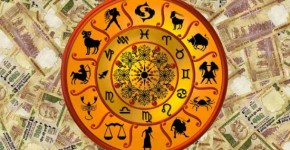 What is your attitude toward money? Are you a saver or a spender? Continue reading to
Posted by: Edward Smith 7/8/2014
Read More