Most gear heads will agree that the majority of aftermarket exhausts they come across are cheap knock-offs that do very little for the vehicle outside of making it sound as annoying as possible. Stock exhausts have been designed as a means for auto manufacturers to cover their rumps, as they’re usually well-built, quiet, unassuming and legal to drive virtually anywhere. They also provide a decent amount of ground clearance, are made of decent-quality materials that don’t rust too quickly, and sport exhaust tips that are custom-made to match the overall look of the vehicle. 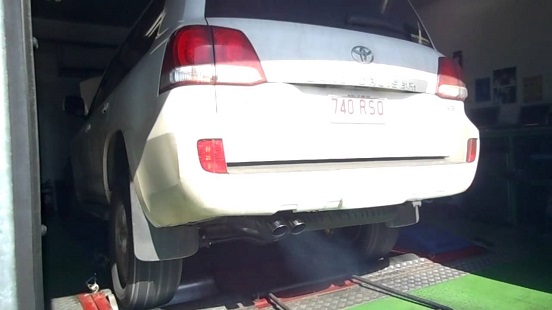 And while stock exhausts get the job done, they force the engine of your vehicle to work harder than it should. And you can’t just put that on the mufflers – everything from the engine back to the exhaust tip can contribute to crappy throttle response and poor fuel economy. Most road cars have restrictive exhaust systems with piping diameters that are too small and bends that are too sharp, resulting in poor gas flow. And the Toyota Landcruiser is no different. That being said, many Landcruiser owners like myself opt for aftermarket Toyota Landcruiser exhaust systems that are wider in diameter, made of high-grade materials and feature mandrel bends.

But before I dive into the specifics of how aftermarket exhausts can benefit your vehicle, let’s talk about the science behind exhausts, because they’re more complex than just pipes and mufflers. As hot exhaust is pushed out of your engine, it gets fed into a header (extractor, or manifold), on naturally aspirated engines. Then, it goes through oxygen sensors and the catalytic converter (known as cat), which is a filter for the contaminants that are produced as a byproduct of the combustion process and keeps the vehicle road legal. After the catalytic converter, there’s a resonator or two that change the exhaust tone before going into the muffler which keeps the vehicle quiet-sounding. 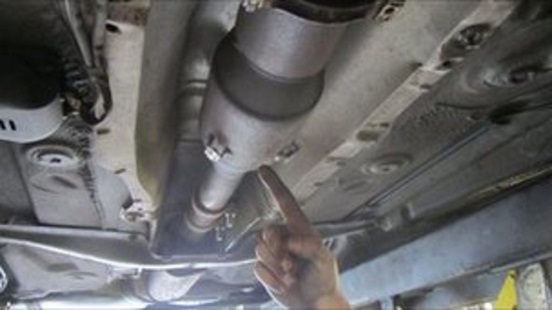 Header-back exhausts replace the entire stock exhaust system – from the header collector to the tailpipe – allowing you to enlarge the diameter of the entire system and provide greater exhaust flow and gas volume. As a result, you get the most performance-enhancing benefits from header-back exhausts. However, they’re the most expensive option. 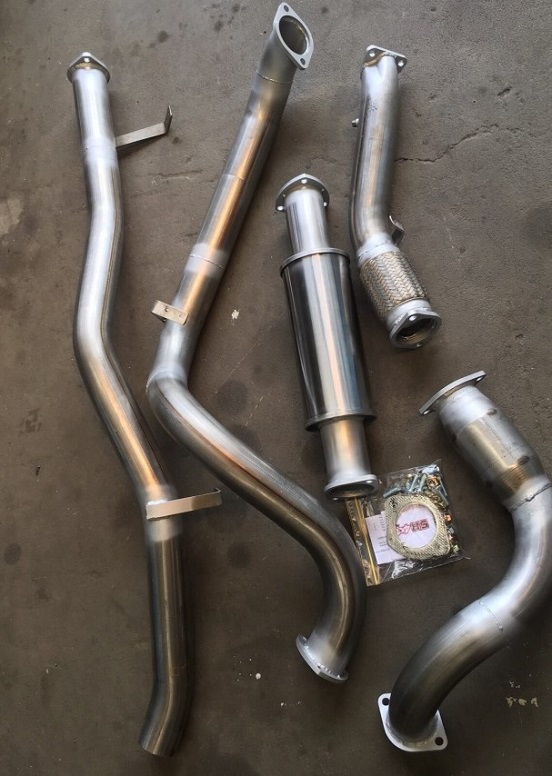 Cat-back exhausts are the most popular type of aftermarket exhaust. It’s the type of Toyota Landcruiser exhaust I have installed, and it’s the type that provides the most bang for your buck in terms of power gains. The exact amount of horsepower improvements you get will depend on the other components of the stock exhaust system and the design of the catalytic converter. The freer the exhaust fumes flow through the system, the more efficiently the engine will operate. These systems also produce a more aggressive exhaust note and are still road-legal as they retain the use of the factory catalytic converter. 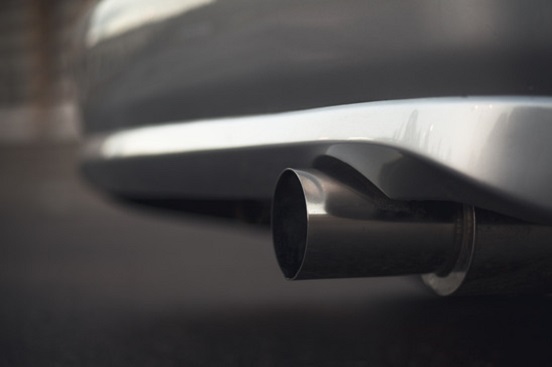 Something else to consider is the configuration of exhaust – single or dual exhaust system. Single exhaust systems are the most common configuration, and they feature a single set of all exhaust components, including a muffler and a tip that exits behind the axle of your car. These systems provide a significant performance upgrade simply due to their larger pipe diameter and mandrel bends.

Dual exit systems, on the other hand, are a twist on the single exhaust system. They basically have two exhaust tips exiting from the muffler, and while this design doesn’t have any performance benefits, they do look amazing on most vehicles. There are true dual exhaust setups that feature two separate pipes that run from the exhaust header down to the exhaust tips. This design provides a sporty look, a distinctive, aggressive growl and high-flow capabilities. However, there’s a potential disadvantage of dual exhaust systems – pressure imbalance between the two sets of components. This can cause one bank of the cylinders to back up and create less horsepower than the other bank. Some dual systems incorporate crossover pipes to eliminate this problem.