It’s never been this easy to replace sugar or give it up entirely now that the market is full of sugar substitutes, from aspartame-sweetened Equal to saccharin-sweetened Sweet’N Low there is a range of alternatives that you can use to make your cup of coffee less biter.

But as you can feel it by the way your coffee tastes, not all sugar substitutes are created equal. While some tend to have an artificial taste, others tend to leave a weird aftertaste. But that is not all. The majority of these sugar substitutes can also be harmful to your health so there comes the question: Are you really doing yourself a favour by replacing refined sugar with one of these options? 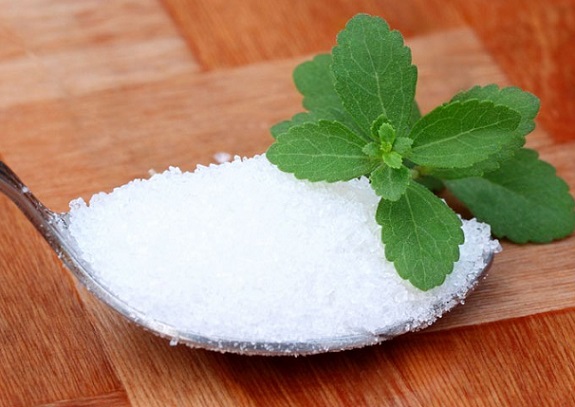 The answer is no, but there’s no reason to despair because thankfully we have another alternative to opt for: Stevia. The reason sweeteners such as this one have quickly become so trendy stems from the fact that the population worldwide is becoming overweight and obese, and Australia is no exception; specifically two in three Australians over the age of 18 are overweight or obese.

Liquid Stevia substitute is a healthier solution for people with a sweet tooth or those dealing with weight issues compared to the above mentioned alternatives. It is a TGA approved sweetener that is becoming increasingly popular at coffee shops across Australia, making its way to brand name products.

One of the greatest benefits of powder and liquid Stevia substitute is that it is a calorie-free sweetener so you can indulge in your sweet coffee, tea or yogurt without feeling the guilt afterwards. But beside this, there is much more to know about this sugar alternative. Here are seven things you did not know about Stevia. 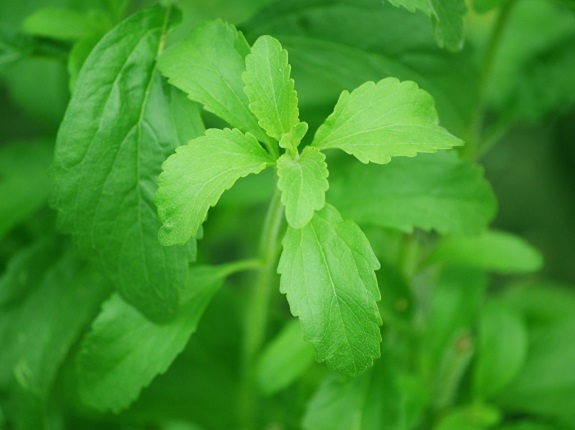 1. Stevia Is Actually a Plant

The liquid Stevia substitute is extracted from the Stevia rebaudiana plant. This plant is naturally grown in certain countries in South America like Brazil and Paraguay, places where it has been used for centuries to treat stomach discomfort, burns and to sweeten foods.

2. Packaged Stevia Is Not Necessarily ‘All Natural’

Although Stevia is a natural plant, in order for the sugar substitute to last in your pantry, companies tend to add extra ingredients to it. Two popular Stevia brands (Truvia and Pyure) add in their products erythritol, sugar alcohol, “natural flavours” and even dextrose along with the Stevia leaf extract.

Still, that doesn’t mean you can’t find organic Stevia in its pure form to enrich your diet with – you just have to pay attention to the ingredients and avoid any blends. Likewise, be more careful with the brands you choose.

Stevia is calorie-free however this shouldn’t worry you about the sweetness because the plant extract can taste up to 200 and 320 times sweeter when compared to the same amount of granulated table sugar. The sweetness comes from the steviol glycosides molecules, specifically the rebaudioside A and stevioside as the most plentiful out of 8 glycosides in total, extracted from the plants’ leaves, the other glycosides being rebaudiosides C, D, E, and F, dulcoside A, and steviolbioside. 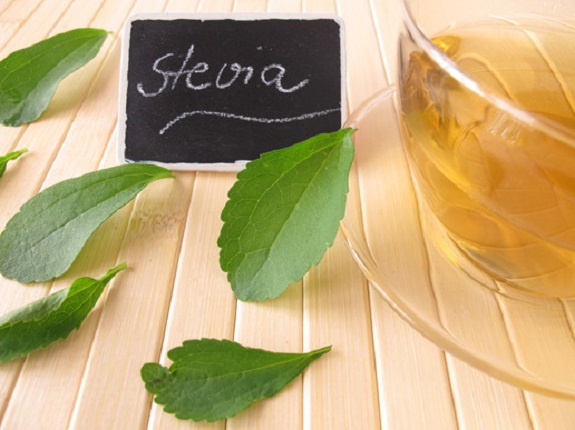 Yes, you can sweeten up your drinks and even your baked goods with Stevia! This is owed to the fact this sweetener is stable at high temperatures. Yet, because Stevia is much sweeter than sugar, you will have to use less of it in your recipes. The amount of Stevia that you should use depends on the recipe as well as on the brand. Usually, 1 ¼ teaspoon of Stevia can replace 1 tablespoon of sugar; then again it also depends on whether you’re using the liquid or the substitute for liquid Stevia – granulated option. If in doubt on how can you cook with Stevia, when you purchase your pack or bottle, you should be able to find a conversion chart from quality brands and suppliers so you’d use the organic sweetener without having to worry about how much to use. A word of caution though is to be mindful about the licorice bitter aftertaste when used in bigger amounts so think the recipes through.

5. It Does Not Caramelize

Stevia does not caramelize the way sugar does. This means you will not be able to cook your Creme Brûlée with Stevia. This doesn’t mean you can’t make your own low-carb Stevia caramel though!

You might want to use it with another natural sweetener that does caramelize, like erythritol, for a real caramel feel. In case you want to get some inspiration, you can easily find a sugar free caramel recipe Stevia based online, now that it’s one of the most popular organic sweeteners.

Beside liquid form, Stevia is also found in a fine powder form, which is less grainy than regular sugar. Both forms vary in concentration of sweetness, so be wary and make sure you read the labels before using it in recipes. 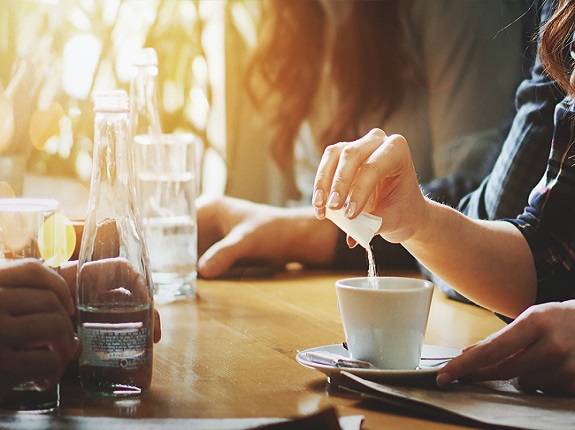 Although you might think that Stevia is the miracle solution you have been looking for to drop few kilos, there is no evidence to prove that sugar substitutes can help you lose weight. Still, it’s a much better option than refined sugar even in the cases with diabetes but same as with any ingredient in your diet it’s best to consume it in moderation.

When used in its highly-purified form, stevia isn’t harmful, so you shouldn’t be worried about any side-effects, that is as long as you’re moderate in using it. When it’s a blend with sugar alcohols such as erythritol, you might experience some bloating, nausea, diarrhoea and abdominal cramps, though among all the other sugar alcohols, it’s the one posing less risks of symptoms.

Though still more research is needed, it’s been said to be the sweetener that helps with the regulation of blood pressure or rather lower it and as a result regulate the heartbeat too.