The Egyptians were the first civilisation to make a power tool but their hand powered lathe is not the same as the power tools we have today. The first-ever true power tool that used electricity was created by a German company called C&E back in 1895. Of course, back then this power tool was 7 .5 kg heavy and extremely slow since it was using a weak electric motor – it also required multiple people to operate it. Although it was not the ideal solution, it was the top dog for 20 years until two gentlemen, Duncan Black and Alonzo Decker came up with a better design in 1916. 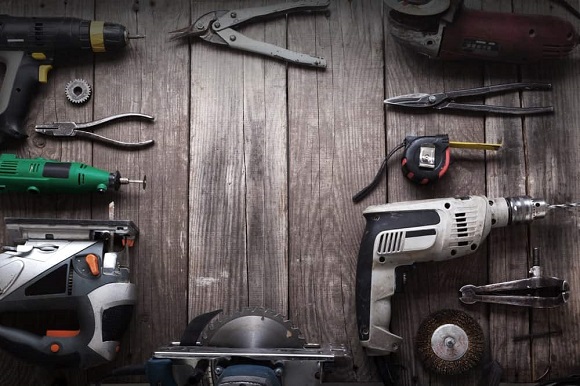 This type of power tool had a pistol grip and a trigger switch and it could be used by one person. Continuous but not very significant improvements were made up to 1957 when Bosch decided to make a power tool with a plastic casing. The two gentlemen mentioned above made the first cordless power tool in 1961 which was manufactured by their company called Black & Decker. From the 70s and on, power tools haven’t changed that much but heir performance has improved tenfold.

Although corded power tools were made way before cordless tools, they lack a fundamental and major advantage – portability. Whether you buy tool with or without a cord you’ll be able to do the same thing. The difference is that with a corded power tool you’ll be able to work for as much as you like and with cordless tools you’ll work wherever you want.

A corded power tool won’t allow you to store it where you want and it can restrict mobility as they are usually bulkier too. You can expect to have better performance with a corded tool but not a lot of convenience. A cordless power tool will allow you to store it almost everywhere and you will usually get a case to carry it. One big disadvantage of cordless power tools can be their weight as they need to accommodate a battery. 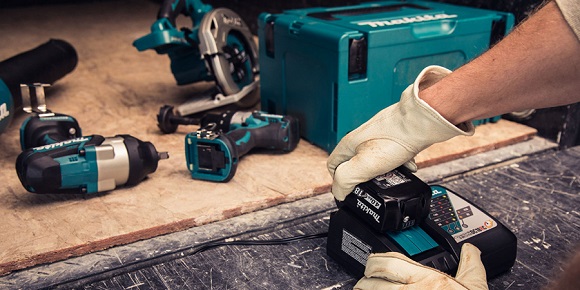 If you buy tool that uses a battery (cordless), you need to consider the type of battery it uses but also its specifications. The voltage (V) of a battery is the amount of power it’s able to provide and ampere hour (Ah) is the amount of power it can store. A tool with higher voltage and bigger capacity means more power and longer run-times but also more weight. There are 3 types of batteries that cordless power tools use which can affect the above capabilities differently.

These types of batteries are the oldest amongst the three and also the most widely used in power tools Australia wide. Their performance in harsh conditions can’t be matched, they are also affordable and have an impressive life cycle. Their toughness and impact resistance is a major reason why NiCd (Nickel Cadmium) batteries are still so popular. They offer fast charge times and can be used up to about 1,000 charge cycles but have low capacity usually between 1.2 Ah and 2.2 Ah. Their discharge rate is 15% to 20% which is considered to be normal when it comes to power tools.

Nickel metal hydride batteries are more expensive than NiCd but they offer some noteworthy advantages over their older counterparts. NiMH batteries have a 2 to 3 times bigger capacity and do not harm the environment as much. These batteries usually have a capacity between 2.2 Ah and 3.0 Ah, allow for fast charging times but have a self discharge at a rate between 20% and 30%. Their life cycle largely depends on how they are stored and charged as they are more sensitive to extremely high and low temperatures. NiMH will have a long life lifespan if charged and stored at temperatures between 1°C and 39°C.

Lithium-ion batteries are the newest type and they are also the ones with the highest capacity and fastest charging times. They are the most expensive option but one that isn’t affected by temperature variations and memory effect. A Li-ion battery doesn’t add a lot of weight to a power tool despite having a high energy density like NiMH batteries. Although their life cycle is shorter 300-500 charges they have almost no self discharging and a capacity of 3.0 Ah and up. 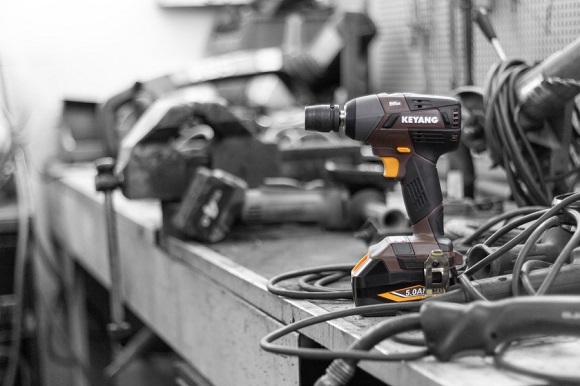 Can You Take Power Tools on a Plane?

Power tools such as angle grinders and drills that use lithium batteries no more than 100 Wh are allowed on a plane – with the battery either in the tool or attached to it and the ON/ OFF switch protected (taped) to prevent it from turning on the tool. The tool needs to be placed in a hard/ moulded case with no room to move.

What Is Skin Only Power Tools?

These are tools that do not come with a battery or charger. The term “skin” is used to describe the tool itself which usually has the battery encased inside acting sort of like skin.

While there are power tools that have interchangeable batteries there are others that are limited in this regard. There are power tools that only use batteries issued by the manufacturer. If you buy tools batteries other than those issued by the manufacturer the charger is not going to be compatible with it and cause damage to the tool. There are also tools that can work with any battery as long as you get the voltage and capacity right.