Quadcopter drones have become the most popular commercial unmanned aircraft in recent years. The reason why this type of drones is the most widespread today is that they use four motors which makes them stable and easy to control. Although they can be used for about 15 to 30 min at a time, they are able to hover and can take off and land vertically. Since the propellers are what helps them fly, it’s important to know the basics of quadcopter props.

What to Look for 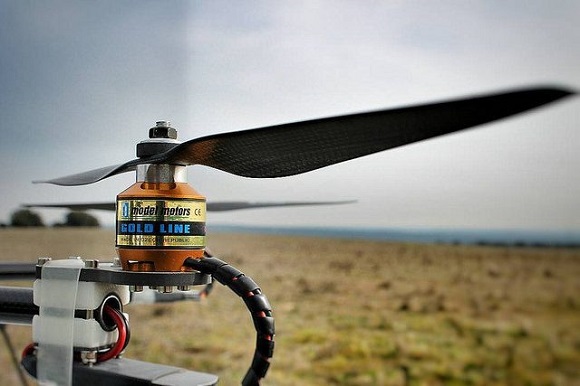 Propeller material is one of the four important features you need to pay attention to when searching for the right props for your quadcopter drone. Polycarbonate quadrotor props are considered to be the best since PC (polycarbonate) is a very stiff material which does not break but rather it bends. This is not the case with wooden or fibreglass reinforced plastic props which are still solid when ti comes to stiffness but when they hit the ground or an object with enough force, they break to pieces. This advantage of polycarbonate quadcopter propellers makes them last longer since they can bend back into shape upon impact.

When it comes to material, you also want to consider the climate you are going to be using the drone in. Multirotor propellers are mainly made of thermoplastics which means that their properties change when exposed to different temperatures. If you are going to be using your drone in a hot climate, you’ll want to use fibreglass reinforced plastic props instead of polycarbonate as the latter can become very soft and thus less efficient. Otherwise, in extremely cold environments you’ll want to use props made of ABS plastic. If temperatures are not as extreme, polycarbonate props will be the most suitable.

The size of the propellers needs to match the frame of the drone and you’ll need two CW (clockwise) and two CCW (counter-clockwise). But if you want certain flying characteristics to be enhanced, then you can go with either larger or smaller propellers depending on what you want. Larger than recommended quadcopter props are going to give you more thrust, make the drone fall longer through the air and increase stability when hovering. 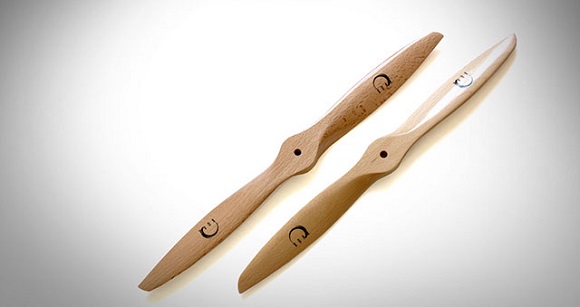 Smaller props will make the drone respond faster since they require less power when changing speeds and help it move through the air faster than larger props. This may be a benefit for those of you who want to be able to change altitude quickly.

This is the total distance a propeller travels in a single rotation. A quadcopter propeller with a lower pitch allows the drone to be more nimble but with less thrust and speed. They will also make the drone use less power making it efficient only at low speeds. Whilst a prop with a high pitch makes for more thrust per revolution (rotation), it also allows for greater speeds but it increases amp draw and the drone doesn’t feel as snappy.

The number of blades on a propeller will affect speed, amp draw, control and efficiency. Usually a quadcopter drone uses three blade propellers – these provide a good balance between speed and control. A propeller with fewer blades provides more speed whilst using less power, but it doesn’t allow for good control over the drone.

On the other hand, a propeller with more than three blades allows for better control over the drone but doesn’t allow high speeds and it also uses more power. Remember that getting a prop with more blades doesn’t necessarily increase its size and it doesn’t mean that it will perform better than a bigger propeller either.

How to Install Propeller on Quadcopter?

There are two types of quadrotor props when it comes to the installation part. Self-tightening props are easier to install than twist-lock props which are still not that complicated. With self-tightening props all you need to do is match the colour on the prop with the one on post of the motor.

Once you’ve identified the corresponding post, place the propeller on it and simply twist it in the direction showed on the blades. This push makes the propellers spin downwards due to the air being deflected upwards from the blades thus pushing the prop down as it turns.

Twist lock props also need to match the colour of the post. You need to attach the prop by placing it on the post and then applying firm pressure whilst twisting both the prop and the motor at the same time. If the propeller needs to be turned clockwise in order to lock it in place, the motor will need to be turned counter clockwise and vice versa. Make sure you always install quadcopter propellers right before you’re about to fly and after you’ve done both your gear safety and flying environment check. Remove the propellers before you transport or store the drone.